Moldova: the forgotten in-between Russia and the EU

The difficulty of the implementation of the EU’s Eastern Partnership is as we have witnessed that these countries constitute the so-called Russia’s “backyard”and for strategic and historical reasons, Russia is not willing to let go easily. The paradigmatic case was Ukraine in 2014 with the annexation of Crimea, but Russian efforts to hinder  the post-soviet space relationship with the EU started years before.

Beyond the military means and political involvement, Russia has wielded its power in the form of economic sanctions and bans to imports and goods from the EaP countries. But Russia’s loss of power  is patent, recurrently in Ukraine and Georgia, both having left the Commonwealth of Independent States . The  republics’ eagerness to become close partners with the EU have resulted in Russian attempts to interfere in the countries’ political arena and processes; economy and trade relations through the use of a variety of means ranging from military and occupation to economic sanctions and trade bans.

But just like Georgia or Ukraine, the situation of Moldova has been an in-between position that cannot be fully understood without taking into consideration its causes and consequences, to be sure: state capture, structural poverty or a great migration crisis

Moldova, as other post-soviet countries witnessed as well this state capture from the 1990’s, culminating in the so-called “billion-dollar theft”, the 2012-2014 theft of one-eighth of Moldova’s economy, which led to a few politically motivated arrests, but it has never been recovered. The same years, Moldova saw itself involved in the massive theft that became known as the “Russian Laundromat”, a scheme led by government officials and members of Moldova’s judiciary, who had moved $20.8 billion in funds stolen from the Russian treasury through Moldova’s banking system. The case is another example of how Moldovan regulators have been captured by corrupt interests and consistently fail to indict those responsible for large scale financial crimes.

Russian ambitions in the post-soviet space are nothing new. In Moldova, the situation is worsening as this path of post-soviet state capture is being transferred to Russian hands since the 2016 election of Igor Dodon: the audio-visual sector, the railway and even the international airport are slowly being financed (and thus controlled) by the Russian Federation. Energetic dependency gives further power to Russia in Moldova, as most of their gas comes from Russia, little diversified.

State capture has had its consequences on Moldova, as the Human Development Index of 2019 positions Moldova in the 107th place out of 189, making it the poorest country in the EU neighbourhood. Endemic corruption, the main consequence of normalised state capture for a long time now and the poverty created by this situation has made emigration levels an all-time high.

Despite the fact that Russia is slowly gaining political significance once again in Moldova, the European Union is still a close partner with the country. The Republic of Moldova is today between the East and the West, and each player, in particular Russia, have interests in the country.

Although often overlooked, the geopolitical implications of Moldova cannot be underestimated. 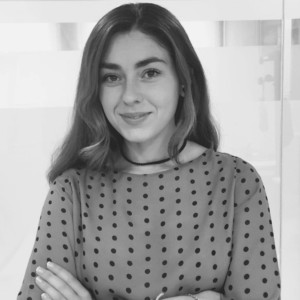