Dr. Joan Barata Mir is an international expert in freedom of expression, media freedom and media regulation. He has been the Principal Adviser to the Representative on Freedom of the Media at the Organization for Security and Cooperation in Europe (OSCE).

Dr. Barata is an affiliate to the Center for Global Communication Studies at the University of Pennsylvania and Research Fellow at the Center for Data and Communication Studies at Central European University in Budapest. Before that, he was a Professor of Communication Law and Vice Dean of International Relations at Blanquerna Communication School (Universitat Ramon Llull, Barcelona). He was also a Professor at the University of Barcelona (2001-2005), the Open University of Catalonia (since 1997 until now) and the Universitat Pompeu Fabra (2010-2011), as well as visiting scholar at the University of Bologna (Italy) (2003) and the Benjamin N. Cardozo School of Law (New York) (2003-2004).
His areas of expertise include topics such as freedom of expression, media regulation, public service broadcasting and political and legal media transitions. He has provided assistance to several institutions and organizations regarding these issues in countries such as Thailand, Morocco, Tunisia, Lebanon, Jordan, Albania, Hungary, Liberia, Egypt, Dominican Republic, Colombia, Ecuador and the United States.
He also has a strong regulatory experience as Head of President’s Cabinet (2005-2009) and Secretary General of the Catalonia Audiovisual Council (2009-2011) and member of the Permanent Secretariat of the Mediterranean Network of Regulatory Authorities (2006-2011).

He has also provided assistance to several international organizations, including the Council of Europe. He is a founding partner and senior consultant at Commvisions, a consultancy firm that specializes in global communication policy. 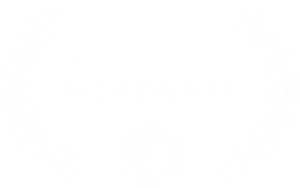 The WYAcademy aims at supporting the achievement of the Sustainable Development Goals. In its strive as an independent, non-political, non-UN affiliated organization, the Academy motivates the visionaries and young changemakers from all over the world who attend its seminars to work towards these goals.