An election of a Minister President in a federal state of Germany, admittedly, is usually not of great concern for people outside Germany. Yet, the most recent one in the small state of Thuringia made it to the international headlines as, for the first time ever, the right-wing AfD took key influence on an election in a German parliament.

Now, this story has as many facets as the parliament has seats. However, one key point tends to be forgotten: The stark misunderstanding of East and West.

As sad as it is to still talk about this division more than 30 years after its end, the whole political mess popping up around the election in Thuringia shows just this: Germans are far from being totally united and the story goes beyond the frequently told part of wages being lower in the East.

The Berlin Wall now is a Brain Wall.

Merkel’s current Federal Government consists of 15 ministers, 14 of them coming from the former West. By the way, in official lingo one shall say the “old federal states” to distinguish them without any connotation from the “new ones” in the East. It is like calling the Third World the Global South. Basically, it does not change a thing. Why not call a spade a spade?

On that note, let us do some straight talking. Unity implies an equal footing. Democracy requires respect, accountability, and fairness. As a unified democratic state, the lack of those essential criteria is remarkable.

One example: The CDU, on state level, implemented a resolution of incompatibility to never in any possible way cooperate with their declared domestic axis of evil, AfD and Die Linke. Marking the two most extreme parties having seats in parliaments all across the country, one should not make the same mistake as the party of the lame ducks Merkel and AKK. Most extreme does not equal that all party members are declared enemies of the constitution, though some undoubtably are. Some of its members as well as entire state associations, like Die Linke in Thuringia, in fact proved to behave more in the interest of the state than, say, the CDU with its somewhat childish zigzagging in those days.

Another example: The discourse that differs so fundamentally between the East and the West. While politicians from the West, oh pardon, the old states, could not make it more obvious how little they care about the concerns of the people and instead swagger about the importance of the party’s and the country’s image, at least some from the East accept local realities.

Also, the media does little to voice what the people in states like Thuringia actually want. Lots of articles circulating, in line with historically persistent narratives, blame the political margins; which is way easier than coping with political realities.

What would be needed instead of cemented ideological dogmas which stopped matching political realities long ago would be a respectful political pragmatism, based on the people’s will.

No, wait, my bad! Democracy wasn’t about the people, was it? 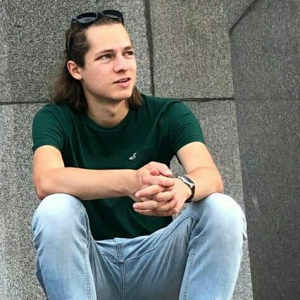